My parents discovered Cortemillia long before I took my first trip here two years ago. My mother has always been an expert at finding small, unique places to stay that promise an experience like no other. I still recall the phone call I received years ago from them. They were raving about a hike they took that brought them to the top of the Piemonte countryside where they found a small, beautiful town. Soon after arriving, in search of a place to dine, they overheard what sounded like a family eating their afternoon lunch. They were spotted by a member of the family who immediately insisted on opening the restaurant so the two of them could eat. It’s a story I’ve heard many times and always been captivated by. I inquired with Carlo and planned to take the same hike early Friday morning. I put my hiking pants on, grabbed some waters, and filled my backpack with a mini snack pack- braesola, pane, an apricot and some hazelnut cake. Directions in hand, I set off through Cortemillia. 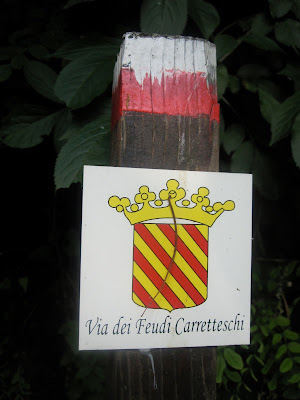 It was an uphill walk through an unfamiliar part of the town and I was enchanted by the backyards of the locals, filled with fruit trees and clucking chickens. It wasn’t long before I reached the path I would remain on for the rest of my journey, Via dei Feudi Carretteschi. The path was ancient and had been used for centuries and you could still see some of the remaining stones from the original road. After a short distance, I turned to see all of Cortemillia laid out in front of me surrounded by the picturesque Piemonte. The path was tough, rocky and unstable but I kept a swift pace up the constant incline. It was tiring but I was exhilarated by the thought of reaching the topped and pushed myself into action. I continued on with the directions, stopping whenever instructed, to account for my surroundings. The hike was about 2 hours of steady climbing through the woods. I knew I was close when the trees began thinning and the landscape morphed into high untamed grass with only a small dirt path to follow in between. 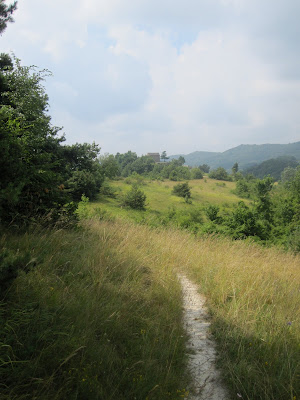 The trees cleared and I was at the top of a ridge, surrounded on all sides by the landscape. Just as the directions had promised, it was as if the universe was at my feet! I took in the views, amazed and proud of the feat I had just conquered. I headed to the church located straight ahead which loomed over the small town of Bergolo. Since it was still early, I sat down on a bench to relax and enjoy my snack while taking in the magnificent views. I studied some Italian and reviewed a few of the historical facts of Bergolo. It is an ancient village made of stone and has for years been home to an art festival that takes place annually. Because of this, the city is filled with art; there are murals on the walls of buildings and sculptures throughout. I took a small tour around the closed church, admiring the beauty and simplicity of the building. 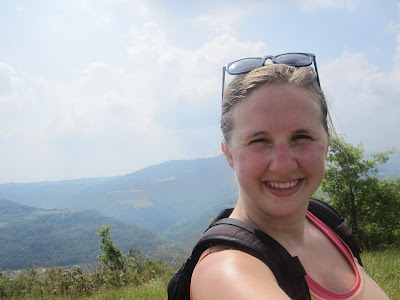 I finally made it!!!
Having successfully killed enough time, I headed down into town in the hopes of finding the restaurant my parents had reminisced about time and time again. The city was beautiful and quaint, and the artwork gave it a truly unique flair. 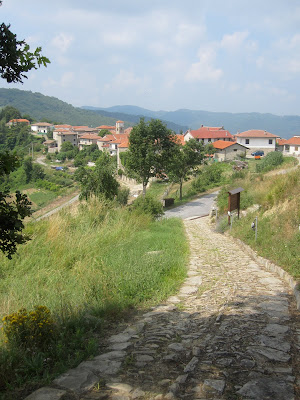 Everywhere you looked there were colorful paintings, wacky statues or bright flowers. I came to the main square and wandered into a building with a sign for the restaurant. I encountered an elderly woman, who was surely the grandmother of the family, headed down into the kitchen. She told me the restaurant would be open in another 20 minutes and I returned to the piazza, retiring to a bench in the shade. I settled there with my Kindle although I was mostly observing the comings and goings of the townspeople. I watched a woman come out the door of the restaurant, light her cigarette and walk across the square through an arched entryway. She came out minutes later with a handful of fresh picked basil and I knew I was in for a delicious lunch. 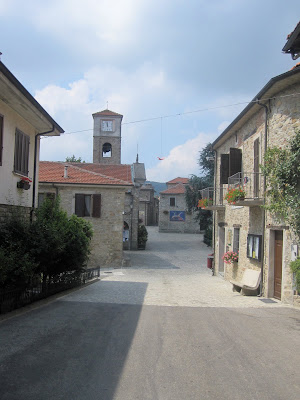 When the time came I went back to the restaurant and headed down into the cool dining room that was flooded with light from the windows overlooking the vast valley below. A man greeted me and after hearing my Italian, he immediately switched over to impeccable English. He brought me a much needed bottle of ice cold water and told me about the wine list; there were no glasses served at the restaurant, only bottles and half bottles. Knowingly using unwise judgment, I ordered a half bottle of Nebbiola; there was no way I was eating a pristine lunch without wine! The server then introduced me to the menu, explaining that they usually served the 3 antipasto plates along with a secondi of my choosing. As a lover of both restaurant traditions and sizable amounts of food, I followed his suggestion, choosing to follow my antipasto up with agnolotti al plin. The first of three antipasti was called Rotondino but was really just the traditional thin slices of veal served with a tuna mayonnaise sauce. This was by far my favorite variation yet, as the sauce lacked the slimy quality of mayonnaise and had a mild flavor that complemented the veal perfectly. 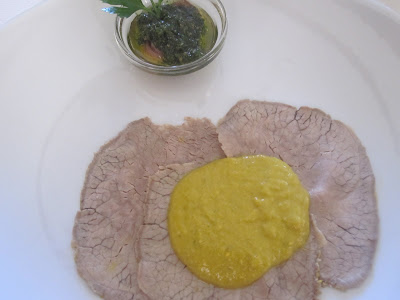 Yummm
It was served with a little bowl of anchovies swimming in an oil based parsley pesto. I munched contentedly, spreading the anchovies and pesto onto bread. My plate was cleared and my next course arrived, stuffed zucchini flowers. The flowers were fried perfectly and were lightly doused with a bright green pea sauce. I cut into one of the flowers, delighted to find it stuffed full of ricotta cheese and ground meat. I cleaned the plate, soaking up every bit of sauce with my last bite. 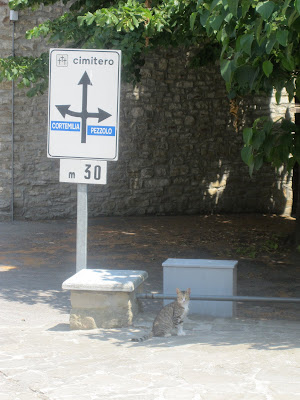 The third antipasti arrived and I dug in. In a small ramekin, there was a flawlessly cooked egg topped with parsley and coarse sea salt. I dove in with my spoon and was thrilled to find a dense layer of porcini mushrooms hidden underneath the egg. YUM! I enjoyed my agnolotti slowly, eating each pinched ravioli on its own, savoring the buttery sage flavor that melded with the piquant filling which burst forth when I bit into the pasta. As I reveled in the blissful meal I had just enjoyed, I finished the last drops of wine and gulped down an espresso, matching each sip with a large swallow of water to ensure my survival on my return trip. I left the restaurant and stopped to fill up my bottles with water from a flowing fountain in the street. I saw a cute little cat and couldn’t help but try to tame him; the cats in Italy have been constantly resisting my advances! Of course, he skittered away before I could get near him, but I pulled out my secret weapon- leftover braesola! 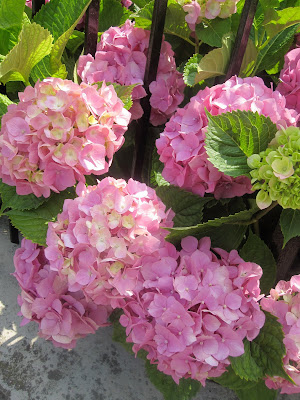 It wasn’t long before I had corralled in a crowd of hungry kitties, 4 or 5 of them, eager to get a bite of the meat. I was overwhelmed with a sense of self-awareness, at that moment in time I WAS the creepy cat lady, but I couldn’t resist a little loving from my feline friends. I set off along the route I came, determined to make it back in time for a siesta before the night’s cooking. The going was a lot easier on the return as it was mostly downhill, but it was also treacherous. I happen to have very weak ankles and I am no stranger to rolling and spraining, so I made my way gingerly down the rocky path. Even at my cautious pace, I made it back to Cortemillia in an hour in a half. I guzzled some water, showered off the gallons of sweat coating my body, and hopped into bed for siesta.

Pictures top to bottom:
The path up
"Via dei Feudi Carretteschi"
Reaching the end!
Me at the top
View of Bergolo from the church
Inside Bergolo
Rotondino
Meow :)
Bella fiore 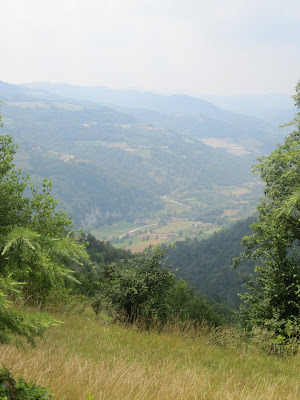 View from the top; my horrible distance camera does it no justice! 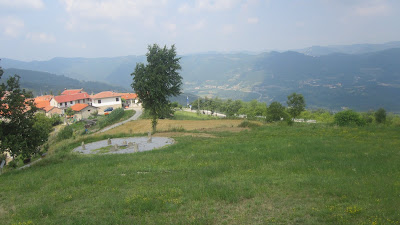 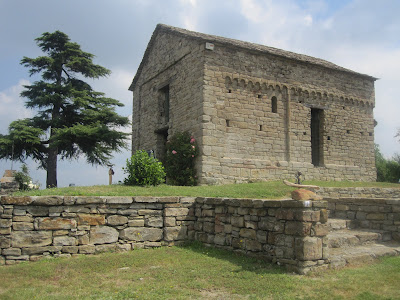 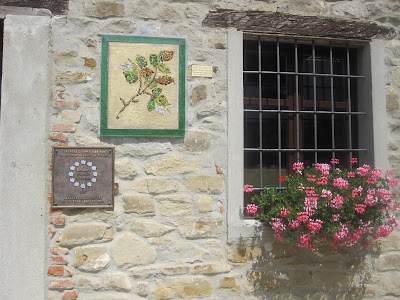 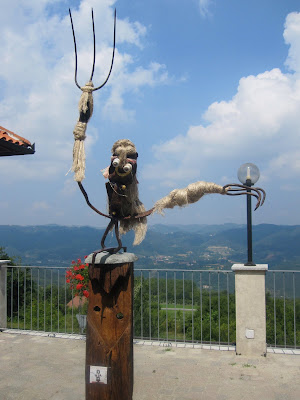 Artwork at the top 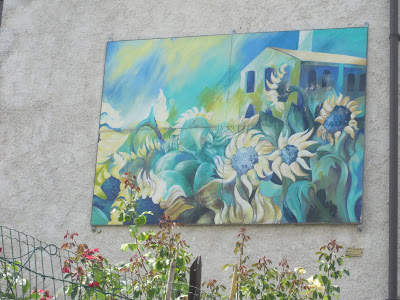 My favorite painting; it took my breath away! 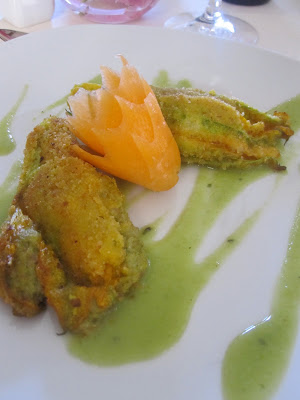 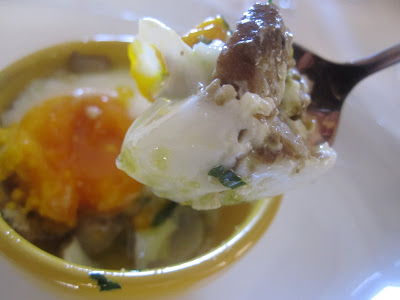 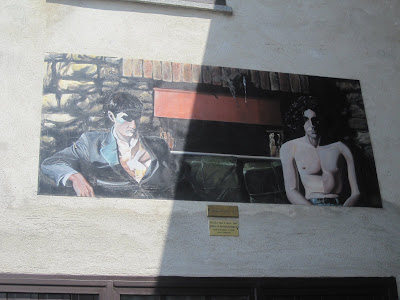 LOVE!! This sounded so fantastic. Especially the kitties :) Miss you so much, keep up the great posts.