Exploring Cortemillia on foot and my first night in the kitchen 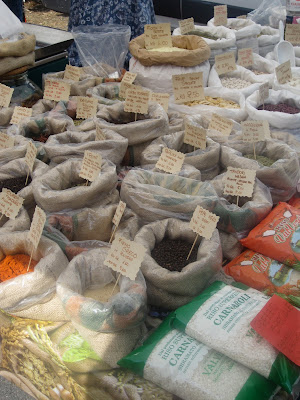 After breakfast Carlo and I went for a short walk together. He showed me a bike on the side of the hotel and informed me I was free to use it whenever I want. We walked down the main street, Carlo constantly greeting friends and stopping to chat. During any conversation between two Italians I am sure to listen intently, picking up on things I understand and trying to derive meaning from the exchanges. In only 24 hours I feel that my comprehension has improved which is something I am very grateful for. Of all the time I have spent in Italy my one regret is not picking up on the language, but as my exposure has previously been limited I hope this trip is different.
Carlo soon left me to my own devices to explore the town, pointing me in the direction of the market and bus stop. I strolled along a pedestrian street, peering tentatively into the local shops and stopping to look at what local marketers had to offer. One tent that caught my interest was selling spices, dried beans, and rice straight from canvas sacks. You simply had the amount you wanted weighed out and went on your way! I continued down the main road, passing the sport center and the bus stop. In such a small town, everyone seems to know each other and I worried about sticking out like a sore thumb. 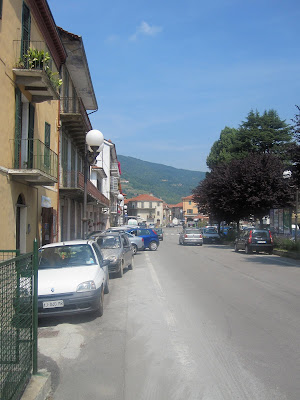 While I am sure I didn’t exactly fit in, I only got a few second glances and no one appeared to be bothered by my presence. Back at the hotel, I sat in the kitchen while Poala prepared lunch. Not being too adept at English, Paola often mixes the two languages. I love how she prattles on to me in Italian, with never ending patience when I don’t understand. In this manner, I will learn many things!
Our lunch consisted of a beautiful bowl full of greens and fresh tomatoes which I seasoned lightly with olive oil and lemon juice. Carlo sliced fresh bresaola and taught me how to dress it with olive oil, lemon and a bit of salt. He topped my salad with canned tuna which was salty and oily but not in an overbearing manner. They served the salad with focaccia and grissini. As soon as we finished eating, they brought a bowl of fresh fruit out, banana, pesce and more albicocce. The apricots, Carlo explained to me, had taken on a much different flavor than the one I had eaten in the morning as they were picked just a week later and had been affected differently by the weather. The difference truly was amazing. Our lunch was light and fresh and left me feeling completely satisfied. Carlo and I watched sports for a little, Italy’s version of ESPN update, before we ventured into the kitchen. We began the daily afternoon preparations which vary depending on the dinner reservations. Villa San Carlo doesn’t expect to be too busy for about a week, so preparations were on the light side. We first made bread dough and I vigorously took notes while shadowing Carlo around the kitchen. The dough was simple enough (don’t worry, I took down every single detail!) and after completing it we divided it into portions to make individual varieties of bread. Carlo taught me to add herbs to one and hazelnuts to another, to make savory, crisp focaccia and to make small grissini which would all be served at dinner that night. We left them in the oven to rest and then turned our attention to the last item of prep, peeling and cutting potatoes. Prep was easy enough and I absolutely love the slow, easy manner with which Carlo teaches.
After preparations for dinner, I took a small siesta and then threw my bathing suit on and headed out to the pool. What a hard life, right? The pool is in the back of the property, bordered on two corners by huge bushes that block out whatever lies mysteriously behind it. 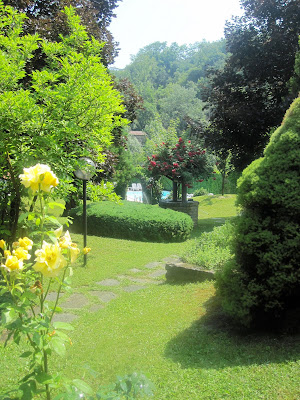 It overlooks the quaint garden and is by definition peaceful and serene. I laid in the sun and watched the wispy clouds float by. It wasn’t long before the heat got to me and I had to jump in the pool which was, unlike our 90 degree pools in Florida, refreshingly cool.
After my swim I showered and got dressed for dinner service. My simple uniform consists of jeans, a white v-neck t-shirt, cooking shoes and a Villa San Carlo apron. Carlo and I made two cakes, a lemon cake and a chocolate lemon cake and put them in the oven along with the bread we had prepared earlier. Carlo then showed me how to prepare a sauce which accompanied fantasia di vitello Fassone piemontese, a dish consisting of veal prepared three ways. The sauce we created was a tuna mayonnaise including capers and anchovies and it went alongside a roasted loin, sliced thin on the meat slicer. This was served with a veal carpaccio and a veal aspic, a gelatinous molded flower with chunks of roasted veal floating inside. For the remainder of the evening, I followed Carlo and Marlene, the sous chef, around picking up what I could, looking without touching. In just the first night I learned an unbelievable amount- 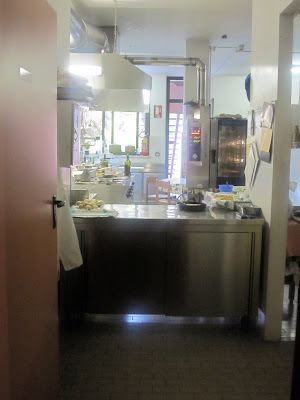 I watched as the chefs sliced fresh meats, prepared vitello, agnello e pollo, and threw together risotto e gnocchi dishes. All of the meat and vegetables were wonderfully fresh, picked from the garden or purchased at the supermercato just down the street that day. All of the pasta and breads are homemade and everything was finished at the last minute and served searing hot to guests. One dish that sticks out in my head was a signature risotto dish. I watched as Marlene sliced lardo thin and layered it into a bowl. Boiling hot risotto was poured on top and then the entire bowl was flipped onto a plate- the lardo melted into the risotto and looked like a little steaming pile of heaven. This was just one of many incredible dishes prepared calmly and efficiently in the wonderful kitchen of Carlo Zarri. The five of us, Carlo, Paola, Marlene and Elena, another server, finished the night off eating pizza gathered around the small kitchen table. 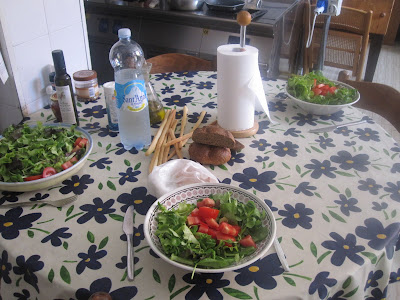 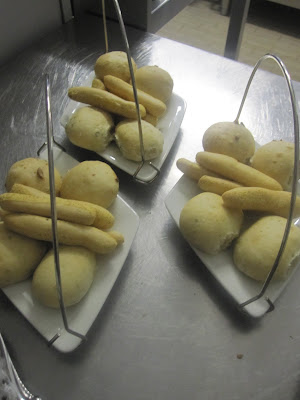 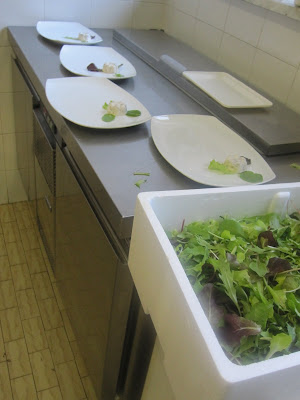 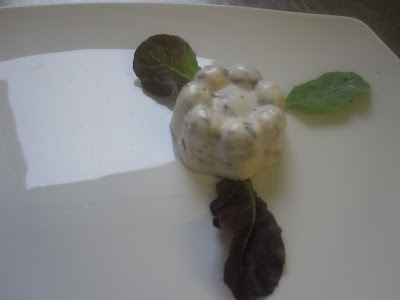 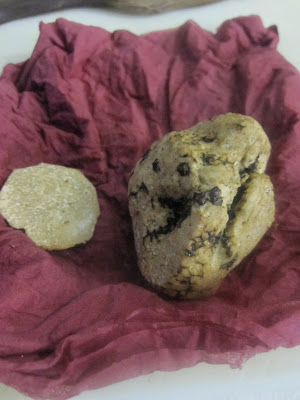